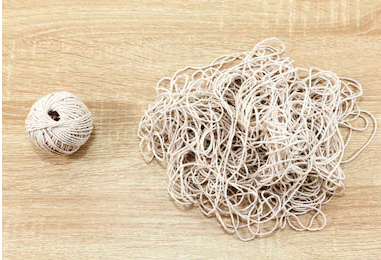 Water is like string. As you treat it, so will it become.

Water has a synchronistic relationship with its environment.  In its natural state, as it was created by God, its purpose is to clean, feed and protect everything with which it comes into contact.  The natural environment works perfectly and synchronistically with water resulting in the mutual support of natures function which is also to clean, feed and protect everything within its field of influence.

The term, “Mother Nature” evolved from the observation of natural actions  of creation in general. These actions can be succinctly expressed in one word, love.  Love is not an isolated action, force or principle. Love is the  expression of a living being, not by happen stance, coincidence or accident.

All creation, including mankind reflects the intent and consciousness of God made manifest in a material way which is sustained by the uncreated energies of God working through His created energies which we describe as light.

In the beginning, God created heaven and earth. The material used to build heaven and earth was water or more succinctly, hydrogen, which is defined as, ‘water in the beginning’.  This water was dark, void and still which is to say, there was no energy or light present to make it visible, weighty or active.  These terms, ‘dark, void and still’, also indicate a state of nothingness yet the Spirit of God hovered over this, ‘nothingness’ which He called both, ‘face of the waters’ and earth.  To say the least, this is a mystery!

After having created the earth which was described as, ‘a face of water’, God created light.  From the waters, God extracted the building blocks for matter and light became the energy used to illuminate, activate and bring order to the matter which was manifest by the consciousness of God.

Creation is essentially the artwork of God, not inanimate but animate resulting in the creation of all life forms in an orderly, intentional manner through the infinite wisdom of God with the crowning glory of His artwork being the creation of man in His image.

The most perfect and succinct definition of who God is can be defined in one word, love. God is love. When mankind made in His image behaves in manner consistent with His intent or will, we harmonize with one another and with nature.  When our actions are contrary to God’s will, we become dysfunctional and our dysfunctional actions are manifest in our relationships with one another and with nature.

He who does not love does not know God, for God is love. Consequently, the root cause of dysfunction and pollution in our relationships with one another and nature are a consequence of not engaging in loving acts and unless we know God, we cannot know true love in its fullness.

Unpacking the definition of love can also be expressed in three words which are verbs or action words. Love is an action and not a feeling although good feelings come from good actions.  Succinctly defined, love can be defined as the act of cleaning, feeding and protecting.

Where love is manifest, pollution diminishes, pollution both in the material world around us and also within our own hearts, minds and bodies. Productivity and vitality also increase and crimes decrease. Love leads to an informed state of being and peace which is the opposite of disorder and chaos.

Mankind is like string, created in an orderly manner and meant to work within a ordered environment.  When acts of cleaning, feeding and protecting are neglected, the string becomes a tangled chaotic mess. The string cannot fix itself and without the intervention of the maker to unravel the mess, it is of no use ending up in the garbage heap.

This is the other string theory.