WHAT IS THE MOST ECONOMICAL WAY TO CURE DISEASE? 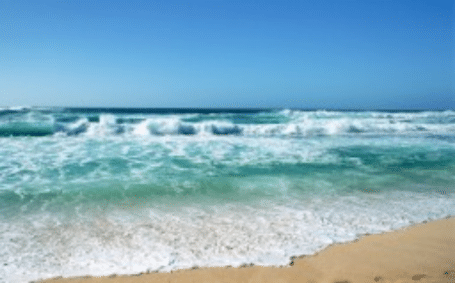 Science is still in its infancy when it comes to understanding the visible and invisible forces contained within the most important substance on earth…water. We are only recently beginning to understand the true mysteries hidden deep within its fundamental, yet elegant design that consists of just two basic elements – hydrogen and oxygen.

Hydrogen is the most abundant and highly energized element in the universe (think sun and rocket fuel). Oxygen has immense cleaning and healing power. Without oxygen, hydrogen cannot fulfill its role as the primary energy source for plants, animals and people. But water can be defined as much more than just a simple chemical combination of oxygen and hydrogen molecules for, in its natural state, it can contain an array of all the earth’s elements, as well as light energies of the sun and the cosmos.

Our Most Important but Most Neglected Resource

Amazing as water is as being the most critically important resource for life on the planet, it is also the most neglected and least understood by man. But for those courageous scientists and inquirers who have chosen to dig deeper into its hidden wonders, amazing new discoveries are routinely being made that are challenging the very foundations of modern science and medicine.  Man has since time immemorial been infatuated with water, seeking to understand it and use it to enhance life and what follows are some examples.

Seawater contains all 92 elements of the periodic table and these elements along with the force and the sound of waves crashing onto the sands of the beach all work together to structure, cleanse and energise the air, the water and all living forms within the field of influence of these actions. Hanging out on the beach or the near the ocean can do wonders for our health.

The Mesopotamians provided us with the first lasting record of history and on their stone tablets water is presented as sacred and beneficial for healing. Around 500 BC, Hippocrates, the father of modern medicine, wrote extensively about the healing properties of water. During Roman times, the Emperor Augustus was said to have been cured of a disease that had resisted all other forms of medical treatment by the use of water alone.

Vincent Priessnitz, who lived during the early 1800’s, was the father of hydrotherapy. He was an uneducated, Austrian peasant who achieved world renown by successfully using cold water to cure various illnesses and injuries. He revived and popularized ancient practices that had long been forgotten.

Mineral springs and hot springs which are found in almost every area of the world, have been a major source of healing and rejuvenation for the sick and ailing since ancient times – it was only with the recent emergence of Western medicine that we have witnessed the tragic demise of their use.

Dr. Fereydoon Batmanghelidj rediscovered the medicinal powers of water while languishing in an Iranian prison during the Iran Revolution in 1979. Having no medicines available, he chose instead to treat his fellow inmates with prescriptions of water which effected many astounding cures.

How is it that this clear, innocuous substance we all know as water has such an astounding and beneficial effect on life? The following scientific discoveries may help us to understand and more fully appreciate the hidden mysteries of water and energy.

Research carried out by Nobel Prize winner, Professor Luc Montagnier revealed that water and DNA responded identically to many outside stimuli and can actually be programmed, or “structured”, by electromagnetic and sonic frequencies.

The structuring of water in response to light and sound has also been confirmed by Dr. Gerald Pollack of the University of Washington, as shown in his groundbreaking work with water through which he continues to disprove the currently held scientific theories surrounding water’s true structure and function.

The findings of Dr. Montagnier and Dr. Pollack were actually influenced by similar discoveries made by the most recent in a long line of water pioneers, Dr. Jacques Benveniste, who, in 1988, discovered that a material substance could be diluted in water and then be completely removed from it, yet the water itself continued to retain the same vibrational frequency as the removed substance, just as the voice of a singer is transferred and stored onto a CD.

Tragically, Dr. Benveniste’s remarkable findings were scoffed at and resulted in him losing his job and reputation, as well as being blacklisted from any further participation in the mainstream scientific community. Nevertheless, he was able to maintain his integrity in the face of insurmountable odds while simultaneously validating his amazing discoveries with only limited resources, funding and support.

In 2002, Dr. Peter Gariaev, director of the Wave Genetics Institute in Moscow, Russia, for the first time in history, successfully managed to directly impact genetic information in the DNA of living rats using only electromagnetic frequencies. The information transfer of healing electromagnetic frequencies resulted in a 90% success rate in the healing and rebuilding of damaged pancreatic tissue. In some of his experiments, the technology used was modified to allow for successful wireless transmission of the healing frequencies to the sick rats at a distance of 20 kilometers (over 12 miles). Extremely weak signals were used yet, astonishingly, the rats’ DNA was able to read and apply the signals, achieving a complete healing in almost every case.

In other remarkable discoveries of water’s mysterious attributes, scientists at the Helmholtz-Zentrum Dresden-Rossendorf in Germany discovered that the structured water surrounding the DNA molecule actually influences the very structure of the genetic code of life itself. What these researchers determined was that water can absorb, retain and also transmit biological information from one source to another by using electromagnetic frequencies. Their results confirm earlier, on-going, research started in 1951 by Dr. Piccardi of Italy verifying water’s extreme receptivity to subtle cosmic energy influences.

Ultimately, these scientific discoveries could indicate that water functions as an intelligently designed, universal communication system, with the ability to receive, retain and transmit vital, life-sustaining information to all living systems on the planet.

As the world’s scientific community begins to appreciate the implications of the aforementioned body of research touched upon in this article, our science books will need to be rewritten. Additionally, with an expanded awareness of the awe-inspiring, mysterious role water plays in the invisible and visible realms of life support processes, new water technologies that create life-enhancing tools and products benefiting medicine, agriculture, public health, energy and transportation are emerging. At Greenfield Naturals, we are excited to be a part of this new science of water enhancing technologies building products that structure and energized water.