WHAT WIKIPEDIA WON’T TELL YOU ABOUT HEXAGONAL & STRUCTURED WATER 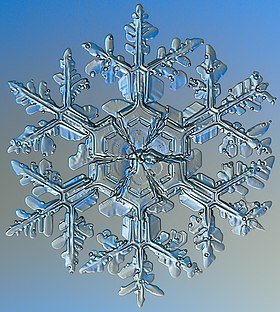 WHAT WIKIPEDIA WON’T TELL YOU ABOUT HEXAGONAL & STRUCTURED WATER

Hexagonal water is a term used to refer to the six sided crystalline structures formed as millions of water molecules bond together to create consistent and varied hexagonal patterns observed in snowflakes and assumed to continue to exist in water in its natural, unadulterated liquid state. It has been asserted that the structure of the bonding water molecules become deformed or corrupted as water is exposed to unnatural conditions typically found in industrial, agricultural and domestic water treatment processes.

Structured water is another term used describe water as it exist in its natural, energized state free from man-made corrupting influences. The term, “structured water”, although not really a fully accurate term is used to differentiate water in a corrupted state from water in a natural state. The concept of “structured water” is not presently recognized by modern science and thus not studied. In spite of a lack of research, processes that “structure”, “energize”, or “naturalize” water have been gaining in popularity as our water sources have become increasingly compromised by agricultural chemicals, industrial waste products and toxic water treatment practices.

For thousands of years, mankind has had access to water in its natural state as it existed in springs, creeks, streams, rivers, lakes, wells and rain collection methods. The modern industrial era changed the means by which we access and handle water. By subjecting water to unnatural conditions of straight pipes, pumps, chemicals and dams, we have changed the dynamics of water’s ability to fulfill its function which is to clean, feed and protect the environment and all life forms on earth.

One of example of how water behaves in nature is that it can always be found to flow in a pattern of incessant left and right turns. Water has a natural resistance to flowing in a straight line and no where in nature does water travel in a straight line. This incessant weaving of water in a back and forth spinning pattern has a purpose as do all natural actions. It is believed that these natural actions actually enhance the ability of water to pick up and store information as it flows through the environment. This information can be described as energy and just as proper motion in exercise can work to energize and enhance the structure of the human physique, which is comprised primarily of water, this proper motion or vortexing in nature can also work to energize and enhance the structural formation of the hydrogen and oxygen molecules of which water is comprised.

This concept is not supported by sceptics who claim water is a dynamic fluid always changing and therefore not able to remain in a “structured” state. Supporters of the concept of “structured water”, would respond by stating that all water is dynamic and undergoing continuous molecular bonding exchanges regardless of whether water is in a natural or corrupted state. Consequently, the term, “structured water”, brings confusion to the argument because the term, “structured” could theoretically apply to any kind of water regardless of whether it is corrupted or not, as everything material can be defined as “structured”, whether it is in a dynamic or stable state. A more accurate term would be to describe water as being in a weakened and corrupted state or a strengthened and informed structural state.

Water is a mysterious fluid not fully understood by modern science nor has it been fully studied to determine its efficacious effects on human, plant or animal health as well as industrial processes, yet there is a budding undercurrent of research both in academia and outside of academic that will eventually lead to a greater appreciation of water and the way it is treated and processed for industrial, agricultural and domestic use and perhaps more accurate definitions will be formulated to describe the invisible and mysterious attributes of water as it exists in the natural environment unadulterated by modern anti-natural processes.