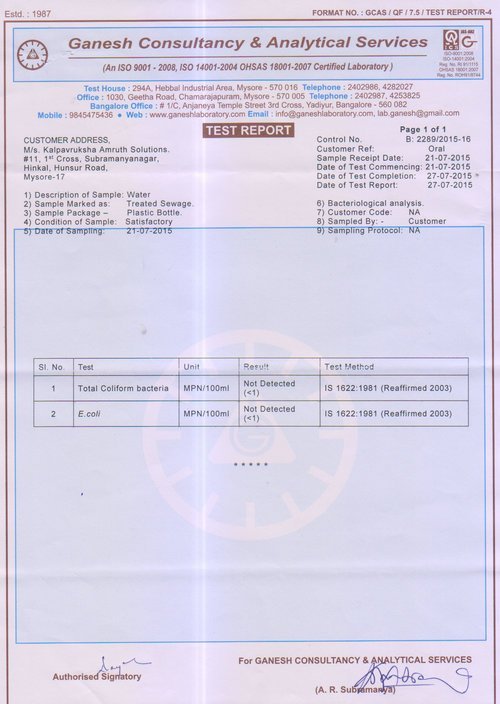 The presence of E.coli in water is indicative of human and animal fecal matter into water.

Without the aid of material filtration of any kind, the Hydro Energiser was able to eliminate 100% of E.coli and coliform bacteria simply by re-circulating water through through water structuring unit and to prove water purity, I drank it!

This experiment was performed with contaminated pond water taken from a man-made pond in the middle of the city of Bangalore. This pond was fed by treated effluence from a sewage treatment plant and runoff from the streets and gutters of Bangalore, India, a city of over 20 million people.

Two gallons of stinking, green and debris ridden water was placed into a plastic container, covered and then re-circulated through a Hydro Energiser over a period of two weeks.

After one week, a sample of this water was taken to a water lab and tested for the presence of e.coli and coliform.  The water sample tested completely free of e.coli after seven days of re-circulation through the Hydro Energiser.

Coliform which indicated the presence of simple organic matter was still present.  The experiment was continued for seven more days and a water sample was taken back to the lab. This time the water tested free of coliform with no impurities present in the water.

To confirm water quality, I drank a sample directly from the plastic bucket and it tasted wonderfully refreshing and I experienced no adverse side effects whatsoever.

What was proven from this experiment is that polluted waters can be brought back their natural pristine condition using only energetic filtration without the aid of a physical membrane of any kind.

This experiment revealed the power of the Hydro Energiser beyond anything we have ever proven in all our years of agricultural research which in and of itself has given us seemingly miraculous results. 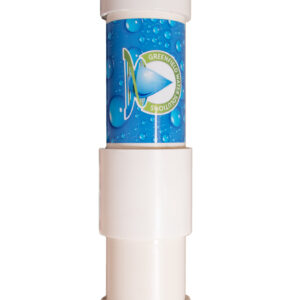 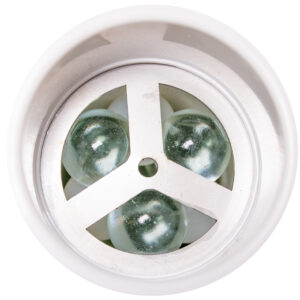 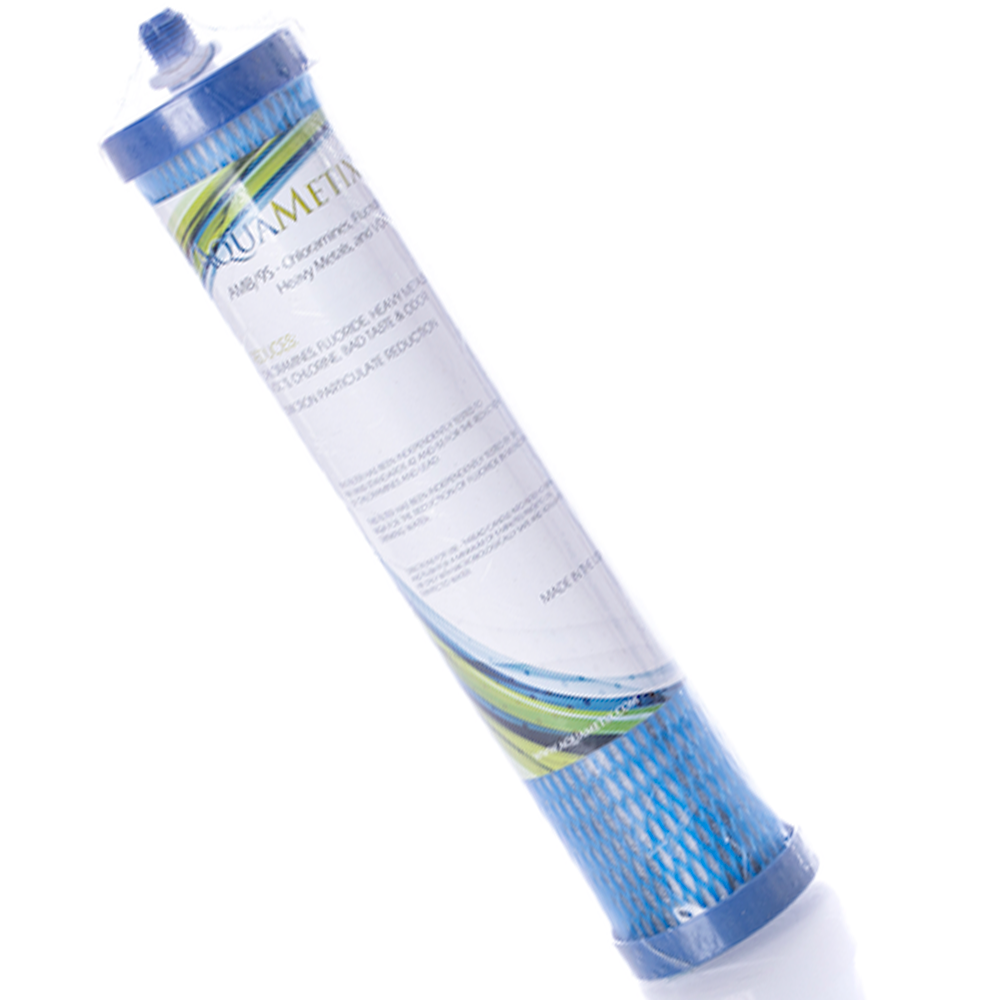 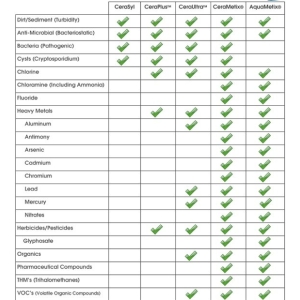 $36.00 – $560.00
AquaMetix® combines the highest FDA-compliant raw materials, with cutting-edge manufacturing methods resulting in unparalleled performance in an exclusively U.S.A. Manufactured product.  This filter cartridge is specially designed to filter out common city water contaminants including fluoride and an exceptionally broad range of other contaminants, toxins, heavy metals and chemicals.  When filtering well water for under sink or counter top water dispensers, always install a CeraMetix in the 1st stage and an AquaMetix in the 2nd stage.
Select options
Quick view 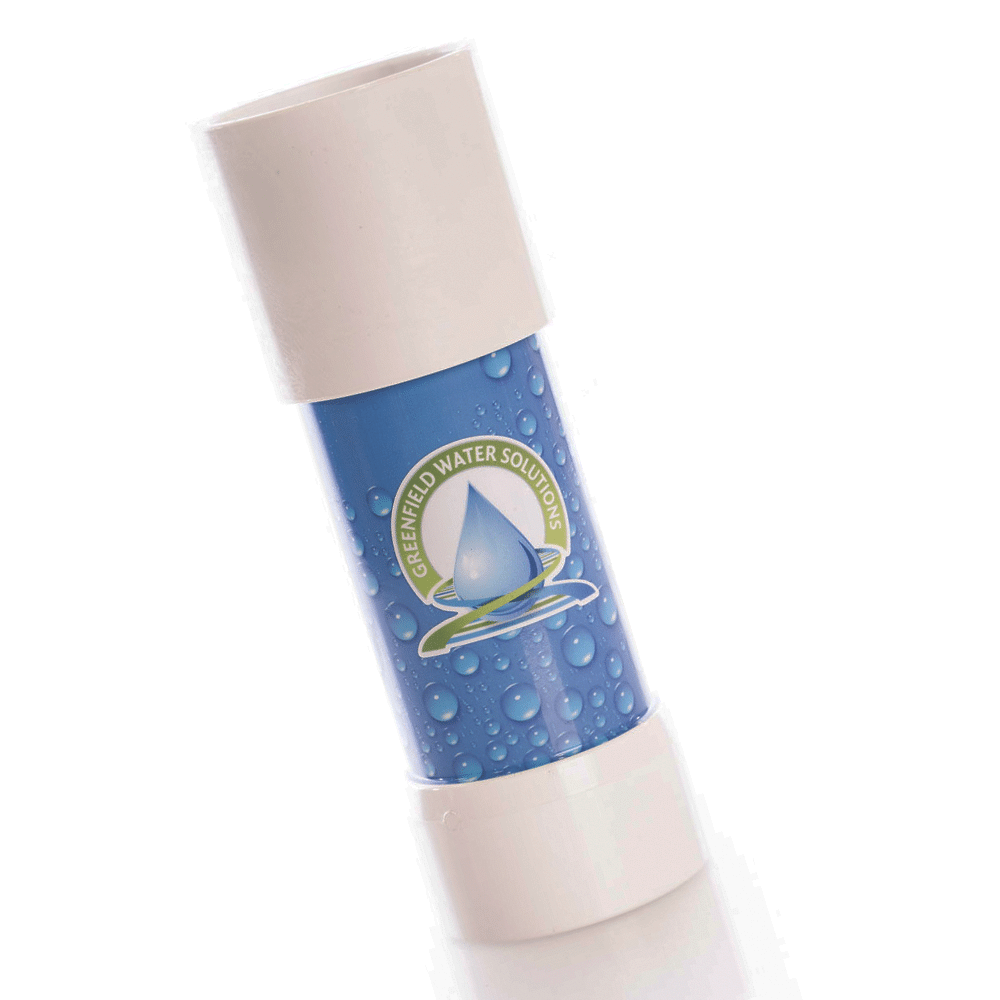 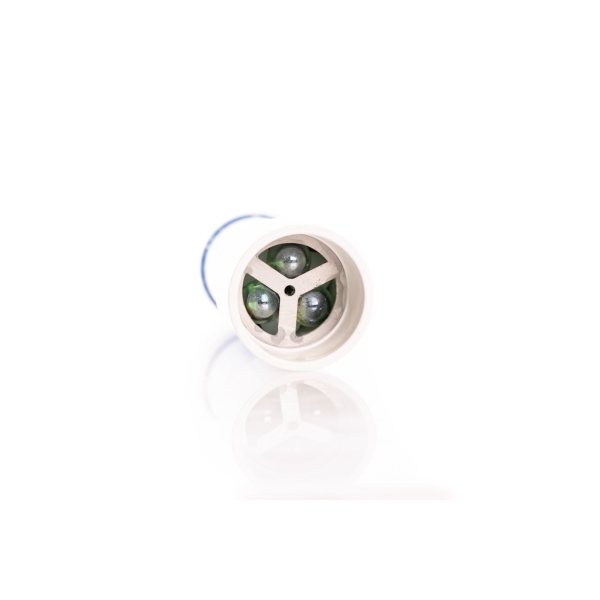 Rated 5.00 out of 5
$149.00
The Handheld Vortexor is a low cost option for structuring your water at your sink or on the go. Simply pour water into the device and it is immediately structured and energised as it comes out the other side.
Add to cart
Quick view 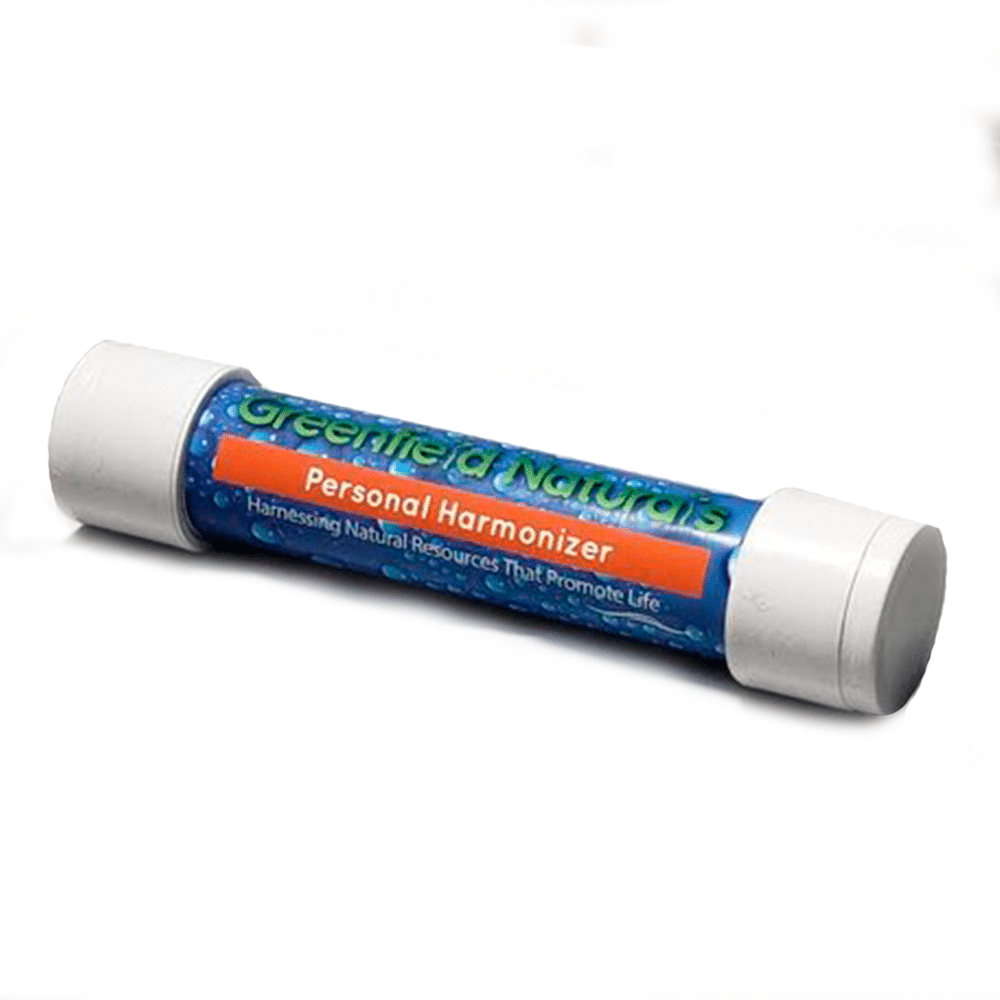 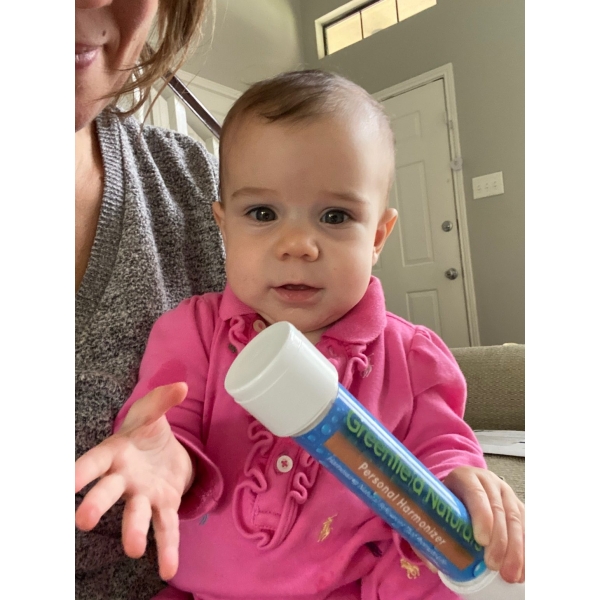 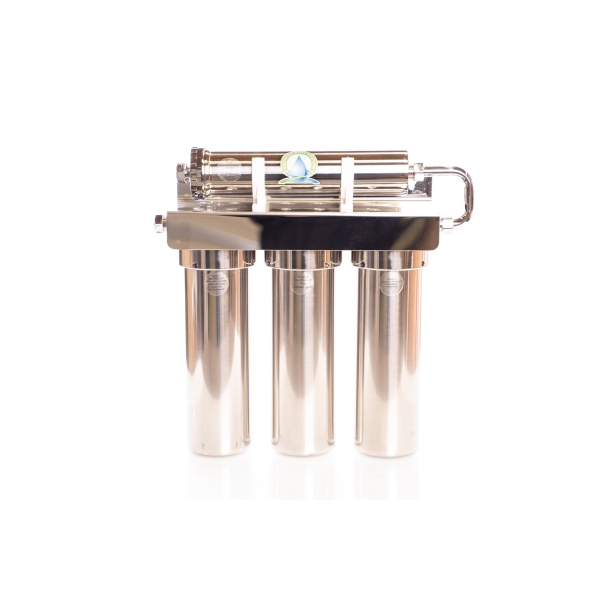 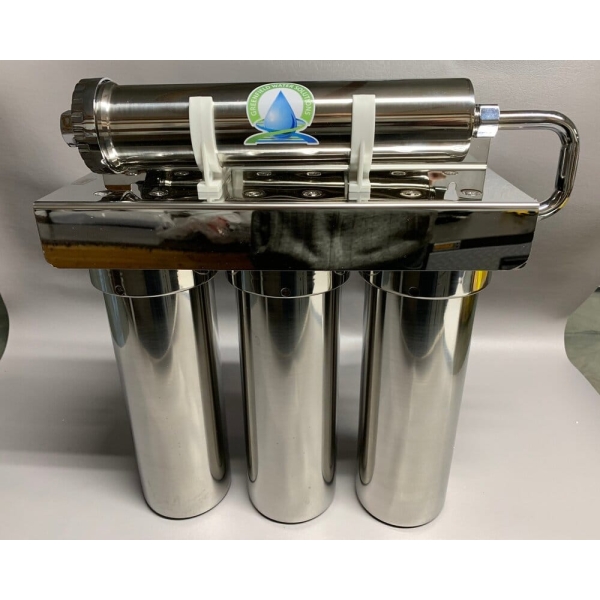 Rated 5.00 out of 5
$529.00
Our Stainless Steel Under Sink Structured Water Filter Solution system offers structuring, energizing and filtration and is designed to fit in the space under your kitchen sink. Includes a stainless steel water dispenser. For connecting to your existing cold water faucet, request a conversion kit at checkout.  Video Overview of Undersink Structured Water Filter
Add to cart
Quick view 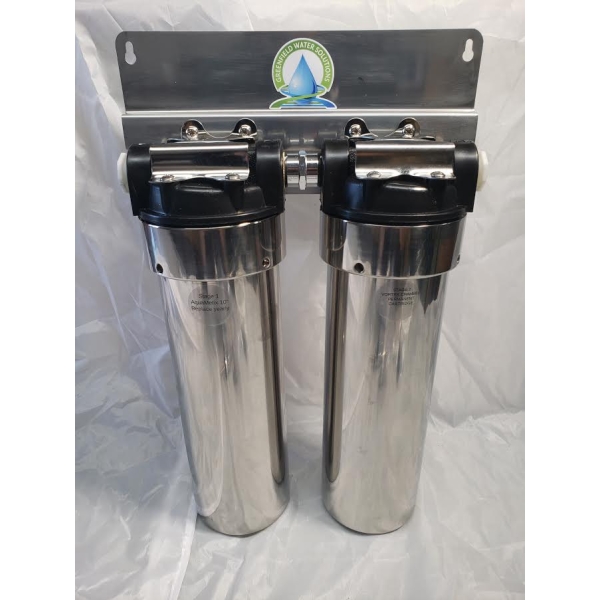 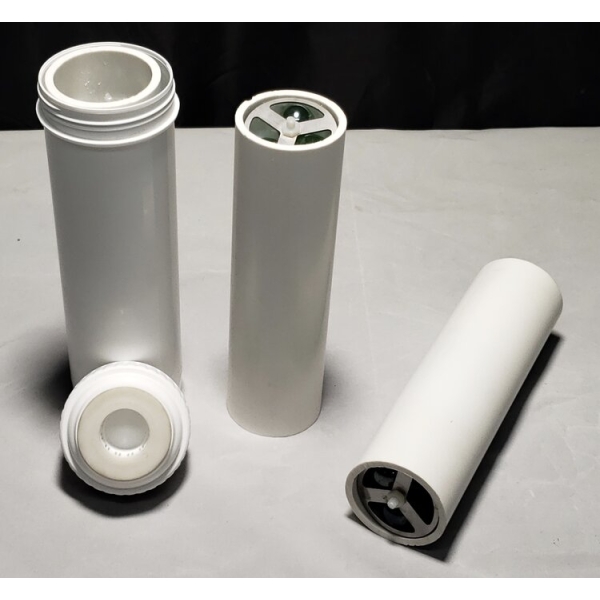 Rated 5.00 out of 5
$339.00
Simple set up using stainless steel filter housings for structuring, energizing and filtering water at your kitchen sink. Works well as a stand alone system or in conjunction with one of our whole house water solutions to insure healthy drinking water at your sink. Designed to fit in the undercounter space under your sink. Includes a stainless steel water dispenser. For connecting to your existing cold water faucet, request a conversion kit at checkout.

Meets or Exceeds NSF/ANSI Standards 42 & 53 for the following: 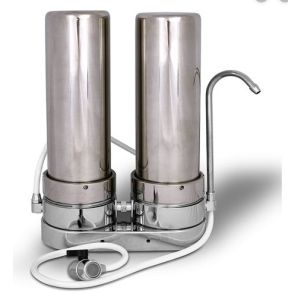 $319.50
Our Countertop Structured Water Filter Solution system features our AquaMetix filter with a Vortex Flow Tube in a free standing filter system for countertop use which is readily attached to an existing faucet via a diverter valve. Counter Top Install Guide
Add to cart
Quick view

$279.00 – $299.00
Our stoneware gravity filters are 100% hand made in the USA from our own recipe of processed clay and is truly an artisan piece. The AquaVas™ holds 2  AquaMetix quick drip gravity filter elements in the upper 1 gallon reservoir and the lower reservoir holds 2 gallons of filtered water ready for use.  Your AquaVas comes with a stainless steel stand and fully assembled measures 25” high and the diameter is 9.5” wide.  Unit weight is 15 lbs empty.  For well water, order the washable and slower filtering CeraMetix filters.  The Cera and AquaMetix filters are among the finest made filters in the world and are proudly made in the USA.
Select options
Quick view 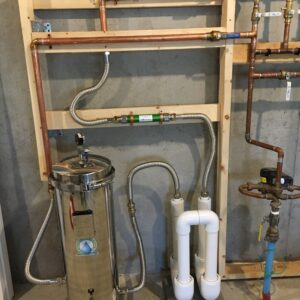 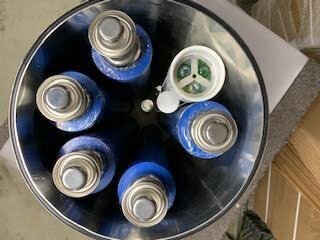 Rated 5.00 out of 5
$2,400.00 – $3,480.00
Our Whole House Structured Water Filter brings water back to its natural, structured and energized state while providing whole house filtration of contaminants associated with municipal water systems. The stainless steel housing contains easy to replace 20" AquaMetix filters in addition to a water vortexing component and a Harmonizer energising cartridge.  Everything you need for whole house filtering structuring and energizing in one compact stainless housing of the highest quality.  (AquaMetix filters are not recommended for well water unless excess iron and manganese has been removed.) GW5 INSTALL GUIDE                 GW7 INSTALL GUIDE
Select options
Quick view 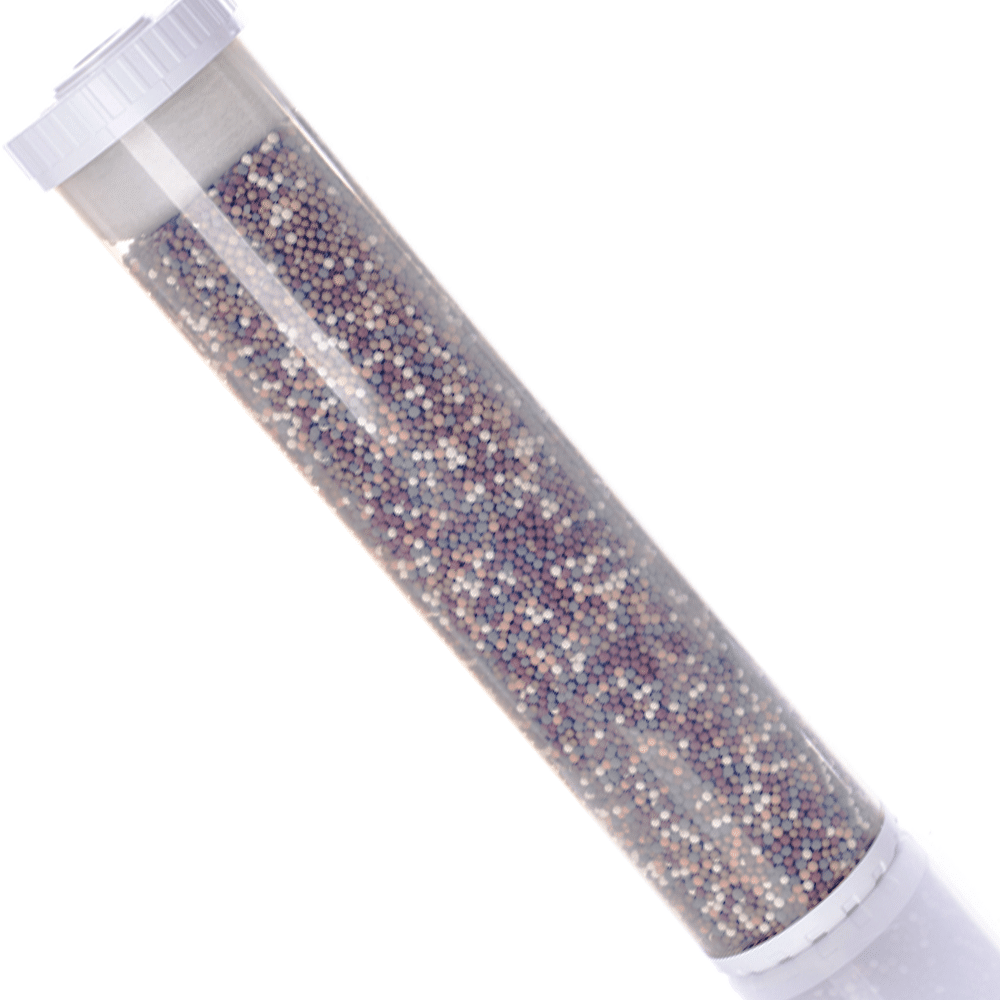 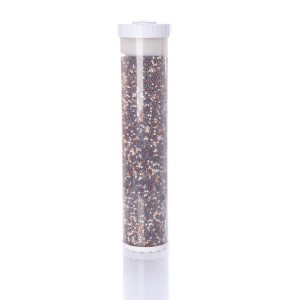 $19.00 – $140.00
Our Mineralizer Cartridges include a blend of ceramic mineral balls, coral calcium and carbon media which mineralize, energize and filter your water. They are sized to fit any type of traditional filter cartridge system.
Select options
Quick view 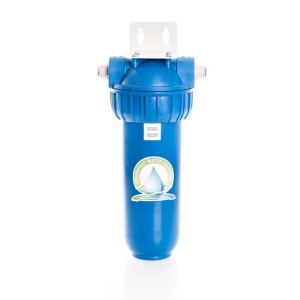 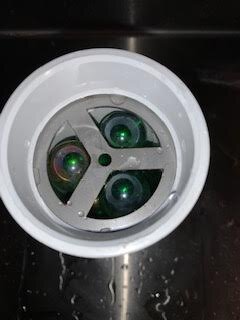 REMEDIES FOR UNDER SINK REVERSE OSMOSIS

$99.00 – $239.00
Filtering alone will not bring water back to its natural, structured and energized state. Vortexing, mineralization and energization are the missing links.  We offer solutions for your existing Under Sink Water Filter set-up.
Select options
Quick view 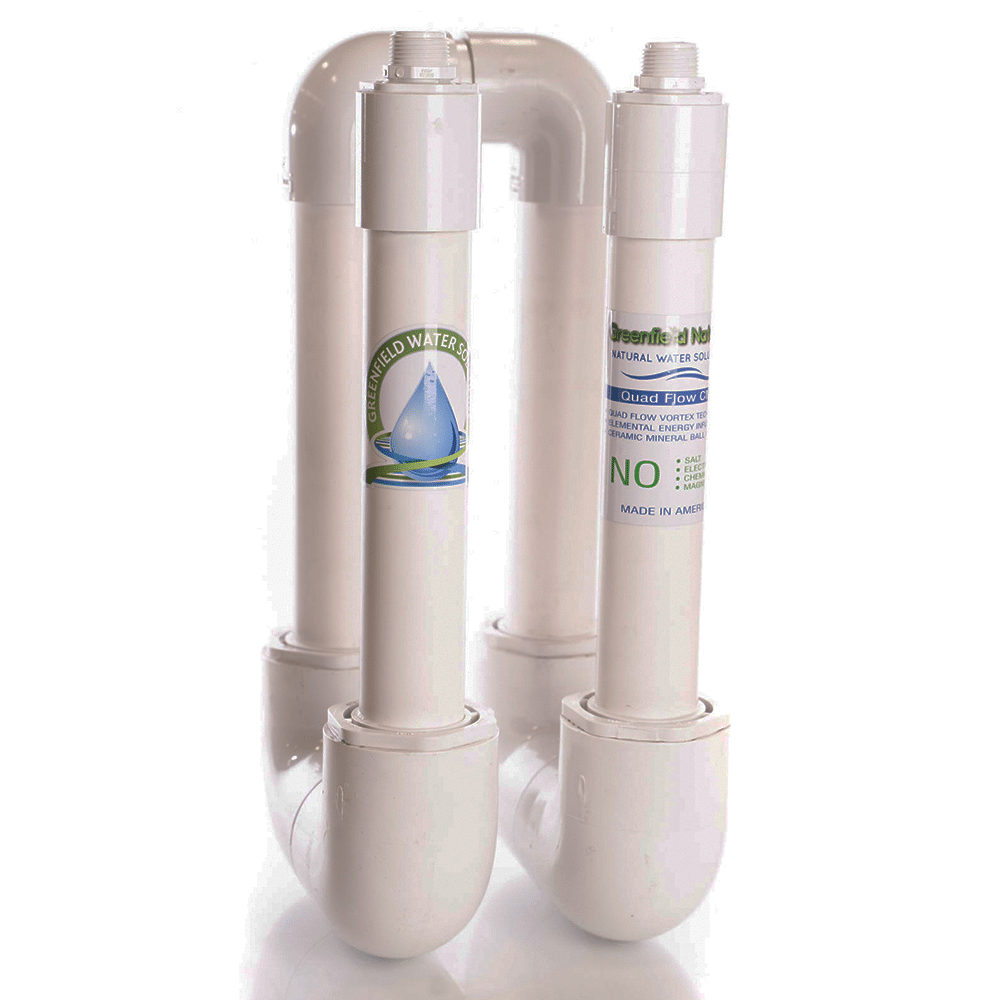 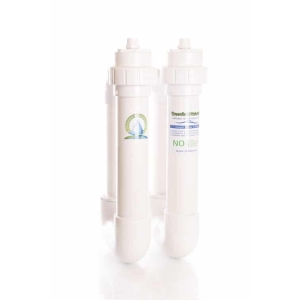 Rated 5.00 out of 5
$995.00 – $1,778.00
Filtering is never enough, structuring and energizing your water is the missing link.  Our Quad Flow is economical, efficient and effective.   Ideal choice if you already own a whole house water treatment system or don't require whole house filtration.
Select options
Quick view
View all products

close
close
Start typing to see products you are looking for.

Get A Free Copy of Our EBook!